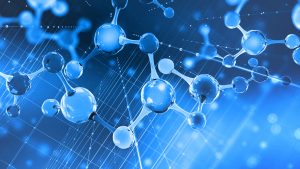 Nearly 10 years ago Sumio Iijima, sitting at an electron microscope at the NEC Fundamental Research Laboratory in Tsukuba, Japan, first noticed odd nanoscopic threads lying in a smear of soot. Made of pure carbon, as regular and symmetric as crystals, these exquisitely thin, impressively long macromolecules soon became known as nanotubes, and they have been the object of intense scientific study ever since.

Just recently, they have become a subject for engineering as well. Many of the extraordinary properties attributed to nanotubes—among them, superlative resilience, tensile strength and thermal stability—have fed fantastic predictions of microscopic robots, dent-resistant car bodies and earthquake-resistant buildings. The first products to use nanotubes, however, exploit none of these. Instead the earliest applications are electrical. Some General Motors cars already include plastic parts to which nanotubes were added; such plastic can be electrified during painting so that the paint will stick more readily. And two nanotube-based lighting and display products are well on their way to market.

In the long term, perhaps the most valuable applications will take further advantage of nanotubes’ unique electronic properties. Carbon nanotubes can in principle play the same role as silicon does in electronic circuits, but at a molecular scale where silicon and other standard semiconductors cease to work. Although the electronics industry is already pushing the critical dimensions of transistors in commercial chips below 200 nanometers (billionths of a meter)—about 400 atoms wide—engineers face large obstacles in continuing this miniaturization. Within this decade, the materials and processes on which the computer revolution has been built will begin to hit fundamental physical limits. Still, there are huge economic incentives to shrink devices further, because the speed, density and efficiency of microelectronic devices all rise rapidly as the minimum feature size decreases. Experiments over the past several years have given researchers hope they are stronger than steel, but the most important uses for these threadlike macromolecules may be in faster, more efficient and more durable electronic devices by Philip G. Collins and Phaedon Avouris.

Nanotubes Electronics FOR SLIM FILMS that wires and functional devices tens of nanometers or smaller in size could be made from nanotubes and incorporated into electronic circuits that work far faster and on much less power than those existing today.

The first carbon nanotubes that Iijima observed back in 1991 were so-called multiwalled tubes: each contained a number of hollow cylinders of carbon atoms nested inside one another like Russian dolls. Two years later Iijima and Donald Bethune of IBM independently created single-walled nanotubes that were made of just one layer of carbon atoms. Both kinds of tubes are made in similar ways, and they have many similar properties—the most obvious being that they are exceedingly narrow and long. The single-walled variety, for example, is about one nanometer in diameter but can run thousands of nanometers in length.

What makes these tubes so stable is the strength with which carbon atoms bond to one another, which is also what makes diamond so hard. In diamond the carbon atoms link into four-sided tetrahedra, but in nanotubes the atoms arrange themselves in hexagonal rings like chicken wire. One sees the same pattern in graphite, and in fact a nanotube looks like a sheet (or several stacked sheets) of graphite rolled into a seamless cylinder. It is not known for certain how the atoms actually condense into tubes [see “Zap, Bake or Blast,” on page 67], but it appears that they may grow by adding atoms to their ends, much as a knitter adds stitches to a sweater sleeve.